Articles in this section

In the "Chat history" section you can see and view all of the conversations and their history that your bot has had with your customers. You can also see in which channel those conversations have taken place (for example Zendesk). 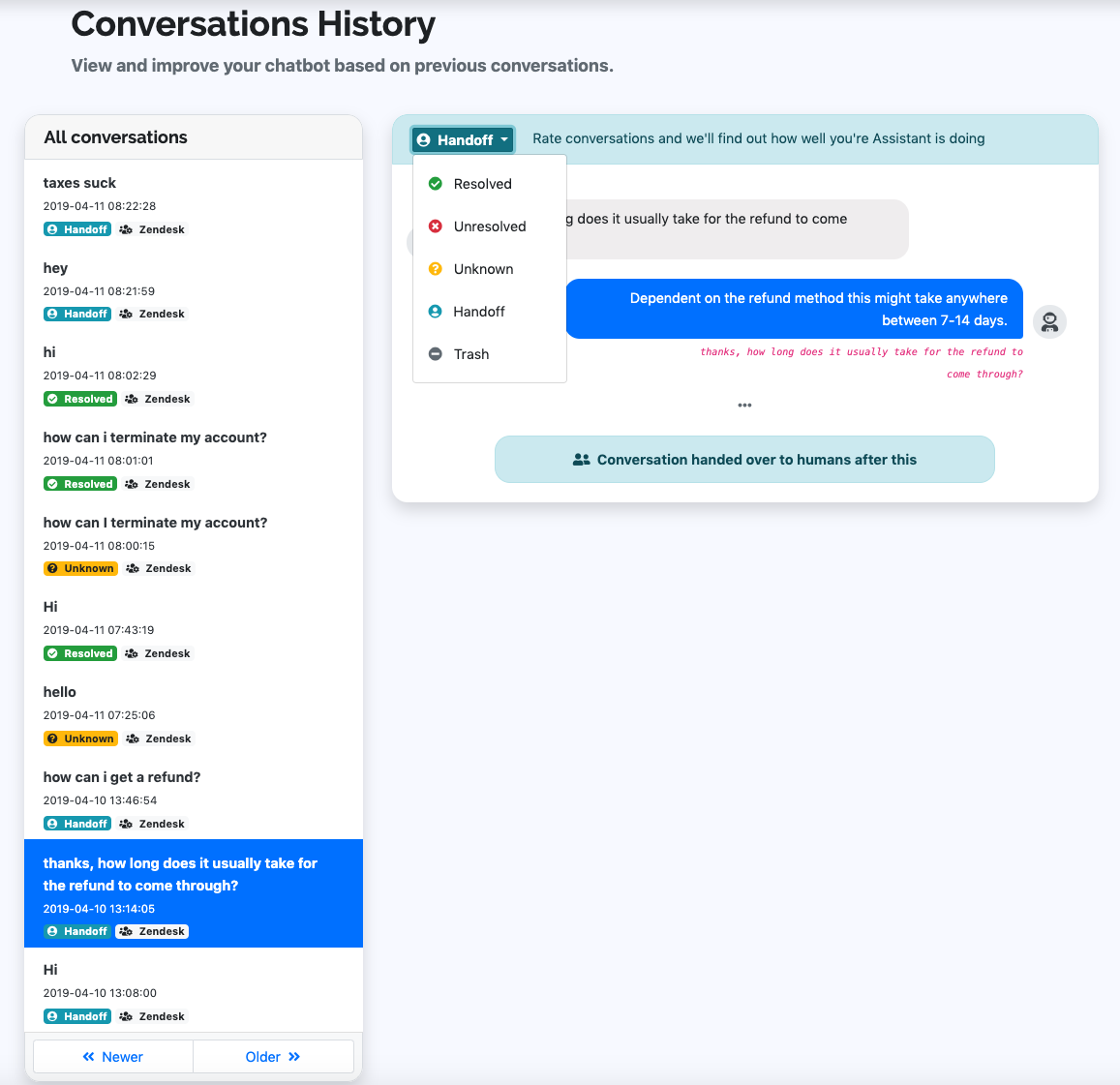 Each conversation is marked according to its status and you can customise it. Please keep in mind that you should only evaluate here how well the bot performing and anything concerning your human agents' involvement in the chat with the customer is not reflected here.

Here’s what each one means:

This means that the conversation or customer’s question has been successfully resolved by the bot. If a conversation is marked as resolved then it counts towards the overall analytics as a sucessfully automated customer interaction. Only the conversations where the customer has pressed “thanks” after getting a response from the bot are marked “Resolved” by default. With any other scenario you’ll have to review manually.

If a conversation is marked “unresolved” then it means that the customer has interacted with the bot, the bot has detected some automation and given a response. However the customer hasn’t pressed “thanks” or “talk to human”. You can also mark the conversations where the bot hasn’t performed as you think it should’ve as “unresolved”. Meaning the bot didn’t solve the customer’s problem even though you think it should’ve been able to. You can use the data from Unresolved conversations to train the bot to be better.

If you’re not sure how to evaluate the specific conversation, you can leave it just Unknown :)

If you just want to mark the conversation as useless in terms of providing any meaningful information, you can just mark it as Trash.